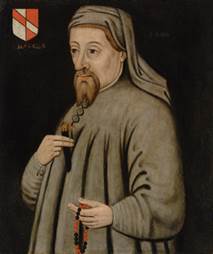 One way to know how native or ancient the rosary is to us as Christians is to look at our languages.  People who no longer go to Mass, and non-Catholics who dismiss or even mock the rosary as peculiar and alien, often use language that indicates that it is they who have become alienated from their own traditions.  Just consider the little pieces of pretty glass orbs that are strung together to make a woman’s necklace.  If she speaks Spanish, these little balls are called “cuentas” which is a word derived from the verb “contar” (meaning to count).  The cuentas work like an abacus to help her keep count of her prayers.

But a nice Protestant lady might respond, “Well, all that is interesting, but I don’t speak Spanish, and the rosary is as foreign to me as the Spanish language.”  Okay, but the little pieces of pretty glass orbs that are strung together on her necklace are called “beads” in English, and the word “bead” is an Old English word for prayer!  Surprised?  You shouldn’t be.  Keep in mind Catholicism was torn from the pious English people by force with the top-down king’s Protestant Reformation, but England had been a Catholic country for a thousand years.  Our history books may have been sanitized and propagandized, but the language of our ancestors still reminds us who they were, and who we are supposed to be.

Want another example?  Today when a woman wears extravagant or showy jewelry, her jewelry is sometimes called “gaudy” (which isn’t a compliment).  That word also relates to the rosary.  In the high Middle Ages in England, the Pater beads (that is to say, the “Our Father” beads which divide the decades) were called “Gaudi Beads” (meaning joyful, from the Latin word “gaudium”) and these beads were larger than the Ave beads (the “Ave, Maria” or “Hail, Mary” beads).  So while some native English speakers might be surprised to find many Catholic ideas behind their ordinary words, we shouldn’t be.  After all, there are images of the father of English literature, Geoffrey Chaucer (d. 1400), praying his rosary beads!

The English words “bead” and “bid” are related etymologically.  When someone is bidden, they are called forth, and our prayers call upon God and his saints.  Again, in our parlance, when we say that someone is doing our bidding, it means that they are doing what we asked them to do.  So when our English-speaking ancestors were “bidding their beads” or “praying their beads,” they were praying the prayers on their rosary.  That’s right, you Protestant neighbors!  Your ancient English ancestors were rosary-praying Catholics!

As an aside, another related idea of interest is the old English phrase “bede-roll,” which was a scroll whereupon was recorded a long list of intentions for which to pray.  Individuals might have personal bede-rolls.  As the individual grew older and had been asked to pray for more people over the years, his list grew longer, so he might add a leaf to his scroll and write more names on it.  The bede-rolls were related to the liturgy of the Mass, too.  In the Roman Canon (the ancient Roman anaphora we call Eucharistic Prayer I), there are two places where the priest pauses ever so slightly in his recitation (once for the living, and again for the deceased).  These pauses allow the faithful to offer up someone in prayer.  In ancient times, there would have been on the altar two corresponding diptychs or notebooks formed of two hinged tablets whereupon certain intentions would have been inscribed and presumably read.  We can imagine the lists becoming longer and longer, and it is easy to see why the practice was gradually phased out.  In England, the diptychs were written on scrolls (or bede-rolls).  And even today in the Mass, at the end of the Liturgy of the Word and before the priest moves to the altar, the deacon or lector will pray the Prayers of the Faithful, but a more archaic way of referring to those same prayers is to call them the “bidding prayers.”  Cool, huh?

But what about the rosary specifically?  Where did it come from and what is its history?  Well, keep in mind that the rosary had predecessors, and that according to the Catholic Encyclopedia, it took some centuries to evolve into what we know today.  Also keep in mind that even today not everyone prays the rosary exactly the same – some folks add this or that prayer or litany for example, and some folks pray the Divine Mercy chaplet on their rosaries.

Without a doubt we can say that the development of the rosary over time was really the work of the people, as this was not the Church hierarchy composing a prayer, but more the people beginning a practice that slowly became more and more standardized within the universal Church.  One example of a predecessor was the “paternoster beads” (“Our Father” beads) that helped Catholics a thousand years ago count their prayers.  Starting in 1128, the Knights Templar, who could not attend Mass when on campaign, would pray the Lord’s Prayer a set number of times a day and used knots or beads to keep count.  Medieval guilds were formed of folks who made and sold paternoster beads.  So our rosary evolved out of the paternoster beads.  Apparently it was around the middle of the twelfth century when folks began incorporating the Hail Mary prayers into their beads, and as there were 150 psalms divided into three sets of fifty, the practice of reciting fifty Aves became something of an ideal (as Our Lady’s Psalter).

Sometimes we see pious pictures of the Blessed Virgin Mary giving St. Dominic a set of rosary beads, but respectfully, this image is not an ancient one, and the oldest images of St. Dominic do not even show him with a rosary.  English anchorites were praying five decades of Aves twenty years before St. Dominic, though it is true that the more standardized form evolved about the time of St. Dominic (d. 1221).  Certainly the preaching of the Dominicans helped to popularize the devotion, but again, keep in mind the mysteries were added to the rosary after Dominic’s death, and the mysteries weren’t universally uniform in the Church until after the Council of Trent.  Besides, the fourth set of mysteries, the Luminous Mysteries, was added in our own time.  So, while St. Dominic was not the author of the rosary, it was a Dominican pope, St. Pius V, who helped settle the form of the rosary we know today, which is a set of beads that helps us count prayers by usually reciting an Apostle’s Credo, six Paters and 53 Aves, as we reflect upon a set of five of twenty possible mysteries of the Lord’s life.

So, while the rosary (as we know it) emerged largely from the laity, countless popes and saints have endorsed praying it over the last thousand years.  The rosary is a devotion for the busy person:  the commuter on his drive, the teacher on her break, the domestic worker as she awaits for that last load of laundry to finish drying.  The rosary has been prayed on the treadmill and on the battlefield, and probably in space!  Finally, if prayed correctly and with purpose, the rosary is a tool for meditation where one reflects upon the saving life of Christ Jesus.  So, hey, pray your beads!