Choosing to be Civil 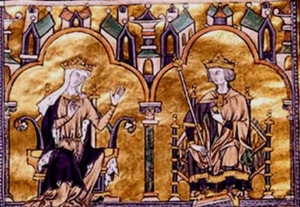 It might be argued that we have lost some of our skills in civility of late, and so there may be some value in addressing this issue if only briefly.  My guess is that part of the problem is the web and social media where folks post thoughts on blogs (not all of them well conceived or gently expressed), and where people hold entire conversations and debates in these virtual public forums, asking people to “like” their opinions.  And if folks don’t like a post, they might resort to ad hominem arguments or vulgar profanity in their response, or even send spam to fill up a person’s email inbox.  Weird.  I will admit that the tamer of these conversations can be interesting to follow.  Still, do you ever wonder how any one person can constantly blog day after day and always be careful of the facts?  And really, is that blogger’s opinion or level of expertise on any subject anymore expert than my own?

Meanwhile there are those who send off cutting or sarcastic emails to large groups of people trying to make some point.  These emails can be based on the sender’s ignorance of the facts, but instead of the sender trying to discover the facts before he sends his email, he decides instead to stir up controversy and accuse people falsely of some motivation or even some action that they neither had nor made (“Thou shalt not bear false witness” applies to the internet, too).  He might even send the email to everyone but the person he is accusing, so that person has no idea he is being slandered and maligned, nor that he should be defending himself.  Sadly, we always seem to have gossips and naysayers among us, but theirs is vice that is most vicious.

Lastly there are just the rude people.  They can yell at their fellow parishioners and even make them cry.  They can bark at the parish staff over the phone, or send the parish snarky emails, or say unkind things about their fellow parishioners.  Maybe they send ugly, personal, accusatory letters attacking someone’s character.  I have been, on occasion, amazed by the rudeness of folks.  My best defense is to feel sorry for rude people.  I just presume they didn’t have good parents, because if they had, then clearly they would not be so rude.  I know a very good and holy priest who tells me he just refuses to open any mail when it has no return address.  That envelope might have a check for a million dollars in it, but if it comes without a clearly marked return address on the outside, he discards it unopened, because too often he has received rude letters in unmarked envelopes.  Sad.

What has happened here?  Is it too much to ask that people step back, assume a little healthy dose of humility, and find an ability to work together with graciousness and gentleness?  Given the present breakdown of our society, how can we find a more civil tone, especially within the Church, within our parish, and within our own families?  And in this new environment where almost no one has an unpublished thought and where conversations and debates are made no longer face-to-face, but with the illusion of proxy anonymity, how can we regain and foster more mutual respect for others?  How do we learn civility after we are adults?  How do we teach courtesy to adults who apparently have never learned these skills?  How do we cultivate manners with those who don’t even know how rude they are in the first place?  Where can we find chivalry in our day?

Well, for gentlemen (if we can hope to call them that), it might be that some reading is in order.  In the boyhood bedroom where I grew up I had a copy of George Washington’s Rules of Civility & Decent Behavior in Company and Conversation on my bookshelf.  While Washington was Protestant, his text was more or less universal, and for me it was something of a primer.  Blessed Cardinal John Henry Newman also gives us a Catholic starting point in his essay entitled A Definition of a Gentleman (though this definition is somewhat academic).  Another text I found online is the Catholic Manual of Civility.  This text was apparently used in the education of Catholic young men in the 1950’s.  While I haven’t read it, it looks really interesting, and I can only imagine that it would be a valuable read.  Another resource (hardly magisterial, but perhaps fun) might be the blog site called The Catholic Gentleman.  Frankly, I think most of us men could benefit from checking out one of more of these texts.

As for the ladies (again, I choose the term deliberately here), well, where might they begin?  In 1962, Neumann Press published a book titled American Catholic Etiquette by Kay T. Fenner.  That book was reportedly used to form well-bred Catholic teenagers when women concerned themselves with things like manners, and when they saw themselves as future wives and mothers.  The once-common norms of etiquette are now under deconstruction.  Formal living rooms and dining rooms have all but vanished from our homes, as we are redefining social norms and expectations.  Now dating has turned in the cohabitation, and the American family is in a stage of historic collapse.  Sadly, contemporary social formation is not so much focused on virtue, manners, or even family, but rather towards vague notions of tolerance and empowerment often through sexual liberation and the ethics we associate with fashion magazines and the ideas of movie stars and pop stars.

This new woman is supposed to see sex, abortion, and licentiousness as a source of empowerment, so much so that the idea of a married, pro-life, female politician seems almost heretical to them.  Sadly, even the nice Protestant columnists who once presided with magisterial authority over the rules of etiquette and social manners in our newspapers have evolved with the times (and also with the devolving norms of morality) to often reflect this new vision of our culture.  While the sexual revolution has not always been kind to women, there can be no denial that it has accompanied an elevation of female authority from the past generation.  All around the world women are now governors, senators, ambassadors, secretaries of state, prime ministers and presidents.  Given the social adjustment our society has made in recent decades to encourage women to accept more and more positions of leadership and governance, it is certainly understandable that the etiquette books of the 1950’s might need a bit of updating.  We cannot expect all women to be demure if we elect them to positions of leadership in our world.  But I would argue that rudeness is a vice in both men and women, and that our present atrophic acrimonious political milieu is choked by caustic incivility and could use a bit of manners.  Moreover, as a priest and a student of history, I would hasten to point out that our western society and history has plenty of examples of female leadership (both ancient and new) where we should be able to find good examples and models and thereby dispel the modern myth that power comes through vice (sexual or social).  I might propose, for starters, the Blessed Virgin Mary!  You won’t find a better model.

Still, if we want to argue that the past generations tried to define women too strictly within the confines of wife and home and mother, we also need to admit that wives and mothers and homes are important to our culture, and it is from them where we first learn our manners.  So when we lose these primal social relationships of spouse, parent, family and home, then we have lost something fundamental (and that to our peril).  When we reject these traditional roles as bad, then we are undermining the very walls that hold out our own barbarian tendencies towards anarchy and collapse.  It is within the family where we learn how to have civil discourse, so if men and women both continue to reject marriage, and renounce home, family and faith for the sake of their own careers and personal goals, then we will have lost that which is most essential to our civilization.  Thus I will admit that finding a new, nuanced norm will be necessary, but I also believe that it must be classically Catholic in its approach so as to uphold the value of these relationships upon which our broader society is built.

So clearly as society continues to redefine the role of women, it has become more difficult for us to find a suitable updated text on the subject of the cultivation of manners and civility in women.  We should reject the amoral or immoral models given to us by the world, but the text books of the past might not reflect the new reality of our day.  I get that this is an evolving subject, so practically speaking we might need to begin not with books, but with blog sites.  There is something called The Catholic Lady blog and there is the Catholic Young Woman blog spot.  These blogs might help, though I suspect there are more and perhaps better options and we need much more scholarly work here.  Ultimately, we need someone to try to help us collectively redefine and rediscover a real Catholic civility based on the writings in scripture, the study of the virtues, the examples of the saints, the historic precedents of queens, empresses, and abbesses, and the ethics of the Church.  The picture above is a starting point perhaps:  Queen Blanche of Castile and her son, Saint Louis of France.  Whatever our “new” etiquette (for both men and women) eventually ends up being, it must be based on historic models if it is going to have any gravitas or lasting value.  And while these sources may not help us know when to open doors for others, what side of the plate the fork goes on, or how to fold napkins, they could help us where it really matters, which is to be able to find a level of civil discourse and gentleness among our own families, peers, and communities that embraces and reflects a new Catholic civility for our times.