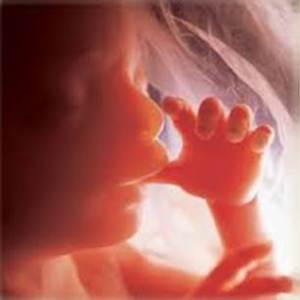 As we approach the 42nd anniversary of the Roe v. Wade decision which legalized abortion across the nation, I recall an article I read a year ago or so titled “My Abortion.”  You can find the article at http://nymag.com/news/features/abortion-stories-2013-11/.  It involves stories from 26 women about their abortions and their experiences with them.  I read through all 26.  I was horrified and astonished and so sad.  Many seemed to imply that they felt regret, or at least a deep sadness, about their decision.  Many felt nothing of the sort, simply relief.  Many felt disdain for those who had tried to dissuade them.

The story that struck me the most was one of a wealthy woman.  She and her husband already had two kids, and they didn’t want more, so she set up an appointment for an abortion for the third baby growing in her womb.  She mentions that her insurance covered the procedure and that her husband went with her.  In the waiting room of the abortion clinic, her husband says to her, “Where do you want to go on vacation?”  She simply says they booked a trip to Spain.  And that’s the end of her “abortion story.”

There, but for the grace of God, go I.  That’s all I can remind myself to think.  I don’t know her or her life or her past experiences.  I don’t know her motivations or the ways she’s been hurt.  I don’t know whether she thinks about how old her baby would be now and what he or she would be doing or whether she never thought another second about her abortion after it was over.  All I can do is pray for her and her husband, that whatever needs to be healed in their lives will be healed, and for her doctor, that God can change their hearts and bring them to a life of unending joy.

The only reason that abortion is still a legal choice is because the discussion has been framed in terms of “women’s rights” and “reproductive freedom.”  President Obama’s statement on last year’s anniversary of the decision proves this.  He writes:

“Today, as we reflect on the 41st anniversary of the Supreme Court decision in Roe v. Wade, we recommit ourselves to the decision’s guiding principle:  that every woman should be able to make her own choices about her body and her health.  We reaffirm our steadfast commitment to protecting a woman’s access to safe, affordable health care and her constitutional right to privacy, including the right to reproductive freedom.  And we resolve to reduce the number of unintended pregnancies, support maternal and child health, and continue to build safe and healthy communities for all our children.  Because this is a country where everyone deserves the same freedom and opportunities to fulfill their dreams.”  (http://www.whitehouse.gov/the-press-office/2014/01/22/statement-president-roe-v-wade-anniversary)

The irony of the last sentence almost chills me, but our country’s delusion makes sense.  When we think about the decision as a decision which involves the body of a woman and determine that that woman alone is the person who should have autonomy over the decisions involving her body, then we draw the issue away from what it really is — making it a much easier decision than it should be.  The decision is not one of whether a woman should have the right to make decisions about her healthcare; it is a decision of whether the fetus within that woman’s womb is a human person and if so, whether that human person should have the right to a life.  When a doctor a woman is supposed to trust lies to her when she comes in for an abortion and tells her that her baby “doesn’t even look like a baby yet” at 23 weeks and that life begins “when the mother thinks it begins…For some women, it’s never.  Even after they deliver it’s still a problem, not a baby.” (http://liveactionnews.org/this-viral-video-is-changing-minds-about-abortion/), it’s easy to separate the decision from its reality.  “Because this is a country where everyone deserves the same freedom and opportunities to fulfill their dreams.”  That is, everyone except humans when we can’t see them, they can’t speak for themselves, and they are dependent upon another human being to survive.

It’s a question of despair.  Only a society which sees no or little value in life, which can no longer hope about its future can have its President promoting murder.  In discussing retirement, I told a friend that my parents expect us (their children) to take care of them when they are too old to take care of themselves.  My friend said to me that, rather than have children, when the time came and he was no longer able to take care of himself, he would simply walk off into the woods, refuse to eat, and starve himself to the point of death.  When did we stop thinking of life as a great good?  When did we stop hoping even through disappointments?  When did we decide life is not worth fighting for?  If we don’t see the value in our own lives, if we don’t care to fight for our own preservation, then we fall into despair.  And a society which has fallen into despair of life cannot see the value in the weakest of its members, in the voiceless, even if that member has human DNA and a heartbeat and vertebrae and small little fingers and a developing brain.

“Why, some wise philosopher once asked, does man find tragedy more beautiful than comedy?  Why is beauty always mingled with sorrow?  Why do we cry, with a terrible longing in our hearts, when our souls are raised to the highest apex of earthly joy?  Why weep at weddings?  Why give birth in pain?  What is this mystery?  Redemption.  At the heart of humanity, the contradiction of sin and salvation.  This is why Christians, particularly those who have a genuine, life-giving faith, have large families.  It is why Muslims who really believe that Allah is all powerful and will bless those who follow him with everlasting joy, have a trail of children following after them.  It is the reason, also, why people in the Third World are more inclined to give birth:  they know about suffering.  They know about redemption, and resurrection.  They know that at the end of the winter, when everything seems to be in darkness and the shadow of death is lurking over the starving children, there is spring.  Oh there is death, yes, there is that, but it doesn’t rob life of its meaning.  There is sin, certainly, but it does not make humanity worthless.  There is the same cycle, over and over, but it is a cycle rich in mythic significance, in purpose, in dignity.  It is the cycle of life.  The means by which we all were begotten, and by which, in an act of faith, we beget the continuation of the same old thing.  Because it is a wondrous old thing:  cracked, broken, sullied, torn, but beautiful.  So beautiful.”  Melissa Selmys, Sexual Authenticity, pp. 130-1.

The Truth is not afraid.  Life will be victorious!  Peace to all of you in this New Year!

Maria Putzke is a recent graduate of Cornell University and was married this summer at Our Lady of the Mountains.  She is (very happily!) four months pregnant.  You can follow her blog at: https://ajoyobserved.wordpress.com/ and she can be reached via email at mlm336@cornell.edu.