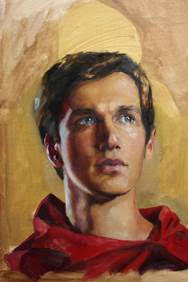 November 11th is Veterans Day in this country, and it is called Remembrance Day around the world.  It falls on the Feast of St. Martin of Tours, who himself retired from military service to become a monk, and later a bishop.  Today, few people know who Martin is, but he was one of the most influential saints in the west.  The story of St. Martin’s cape was legendary, and he has always been an important patron saint to soldiers.  How appropriate then that the armistice of the First World War was solemnized on his feast day.  Ever since, Martinmas has become the day when we remember the fallen and show gratitude to those who have come home to us after fulfilling their military duty.

At Our Lady of the Mountains, when this feast does not fall on a weekend, we try to set the day aside as special.  In 2015, we will celebrate our Martinmas on Wednesday, November the 11th, at 6 p.m.  We invite all to attend, but most especially all veterans and their families and the families of those currently serving in the military, to come together and pray for peace, and to pray for the repose of the souls of those lost to us in the seemingly ever increasing conflicts of our day.

Cultural points of interest abound when it comes to Martinmas, but what comes immediately to mind are two pieces of music.  First of all, Remembrance Day is particularly associated with a piece of music by the English Catholic composer Edward Elgar.  “Nimrod” is from his “Enigma Variations” that was debuted in London in 1899.  Later in 1910, Elgar’s Variations made their American debut in New York City (conducted by none other than Gustav Mahler).  World War I drew to a close in 1918, at a time when this work was enjoying popularity, and so the somber “Nimrod” theme began to be played in association with Remembrance Day.

But far more ancient is the hymn “Iste Confessor” that was composed to honor the great St. Martin.  Sadly, our wonderful St. Michael Hymnal did not include this beautiful Catholic classic among its repertoire, but the hymn has been known as the vespers hymn for centuries, not only in the Roman Rite, but also in the now extinct Mozarabic and Sarum Rites.

St. Martin, pray for us, and pray for peace in our times!