History of the Calendar 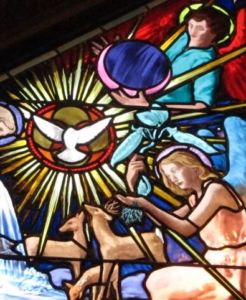 Every civilization keeps some record of time, recalling special historical events. The Catholic Church, as probably the oldest institution on the planet, has a calendar, and our calendar has greatly influenced the calendars to which countless non-Catholics adhere. But our calendar is actually a combination of two older calendars.

First, we are influenced by the calendar of the Old Covenant, where our spiritual ancestors reckoned their year in a calendar primarily based on the moon with twelve, and sometimes thirteen months (months are based on stages of the moon.) Their calendar system was not very predictable, and its irregularity affects our dating of Easter, which is based on that Old Testament calendar.  Because many of our liturgical dates are based on when Easter falls, we consequently have various “movable feasts” in our Christian calendar.

The Christians combined these two historic calendars, but also adapted them, no longer keeping the Sabbath (for example) but focusing instead on the Lord’s Day (or Sunday) as the weekly anniversary of our Lord’s resurrection. We also began to see Friday as a day of fasting and abstinence in that it was the day when our Lord suffered. As English speakers, we also might note that the days of the week sometimes reflect the names of the old Norse gods.

So it was this Julian calendar (the old imperial solar calendar of ancient Rome) where we Catholics began to mark certain historical events, like the martyrdoms of our various saints. These are “fixed feasts” and they can always be counted upon to fall on the same month and date every year. These saints days are important to us, but they almost never eclipse a Feast of the Lord, so when they happen on a Sunday, we simply ignore them. Other times, however, we mark them through our prayer to remember the heroic examples of our ancestors in Christ.

Since the time of St. Bede we have dated our years of the calendar based on what was then determined to have been the best date of our Lord’s birth. The year before His birth was 1 BC. The year of the Holy Family’s flight into Egypt was year AD 1 (Anno Domini … the Year of Our Lord). There is no year zero.  We celebrate the birthday of our Lord on what we call Christmas, whose celebration is at least as old as the complete canon of the New Testament.

Another layer of the calendar is seasons that can change what feasts we mark. Ordinary time is a season when we see the priest and deacons wear mostly green. The altar will also be dressed in green, and there will be four candles on it. Besides ordinary time, there are four seasons that fall in our calendar:

In the life of our Church, there are many feast days, memorials and commemorations, but some days are more important than others and can usually be counted upon to be Holy Days of Obligation (in that we, as Catholics, are obliged to go to Mass on those days, just as we are obliged to go to Mass every Sunday.) Click on the links for more specifics about these days, but be attentive to the Catholic calendar in your lives, because it can be a great source of reflection in your prayer life!