Burial of the Dead 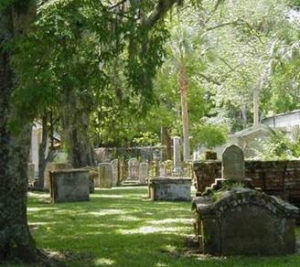 The Church earnestly recommends the pious custom of burying the body of the deceased in holy ground (this burial is called interment).  From the earliest days of the Church, Christians followed the Semitic practice of burying the dead.  Christians prefer this because we want to honor the body.  Long ago, St. Augustine reminded us that for Catholics, who believe in the resurrection of the dead, death is sleeping.  A cemetery is a “dormitory” where Christians sleep awaiting that resurrection.  It is consecrated ground.

To bury the dead has always been seen as a corporal work of mercy for Christians.  When martyrs were murdered in the streets and circuses of ancient Rome and their bodies left on display or piled in a heap, Christians would (at great personal risk) gather up the corpses and piously bury them.  It was a great misfortune for Christians to be denied a Catholic funeral or denied burial in consecrated ground.

Because of this respect for the body, cremation was not a part of our tradition.  Nevertheless, the Catholic Church does not forbid cremation today; cremation is not intrinsically evil; the 1983 Code of Canon Law allows for the practice.  But when cremations occur, families must still bury the ashes in consecrated ground.  We must never scatter the ashes or keep them in an urn on the mantle.  Still, we should have a good reason for cremation.  Some people may choose cremation because they are going to send a loved one “back” to be buried with their ancestors.  Fine.  Some people may choose cremation because their families are poor.  Okay.  But Catholics who can afford it should honor the bodies of their loved ones.  Even so, when cremation happens, the Church actually prefers that the body be brought into the church for the funeral Mass and cremated after the Mass.  This is because the whole funeral liturgy of the Church is built around reverence of the body and honoring the dead.

Why did the Church forbid cremation in the past?  This was primarily because anti-Catholics were so strongly promoting it.  Early Christians saw incineration as a scandalous, barbarous, and pagan practice.  They considered cremation disrespectful to the dignity of the Christian body, a body that had once been a living temple of the Spirit and known the blessings of the sacraments, a body that would be resurrected at the end of time.  In times of persecution, Roman pagans would sometimes throw the corpses of our Christian martyrs into the flames, as a double offense.  Those pagans wanted to deny them Christian burial, but also they wanted to annihilate the bodies of the saints.  Consequently, wherever Christian practice influenced local law, cremation was rarely even possible (outside of the occasional pestilence, famine, or battle that necessitated a large scale dispatch of corpses for the sake of public safety).  Medieval European Christians rejected cremation as a part of their heathen past.

But in the late eighteenth and nineteenth century, cremation began to make a comeback.  The militantly anti-Catholic folks who fomented the French Revolution proposed the revival of cremation as a rejection of our Faith.  Freemasons began to popularize the practice in various countries to oppose Catholic law and teachings.  So-called “free thinkers,” neo-pagans, and atheists promoted cremation, too.  And Communist China made cremation mandatory, seeing burial as unnecessarily expensive and a waste of land.  For all these reasons, Catholics were forbidden to cremate our loved ones.

In the American South where Catholics have long been a minority living among non-Catholics, many Catholics are buried among their neighbors in city cemeteries (many of our people who were veterans are also buried in the Georgia National Cemetery).  Our priests will hallow or bless the grave in which a Catholic is buried, but there are few Catholic cemeteries or even Catholic sections of cemeteries, and usually the cemeteries charge extra to be buried in the Catholic sections (imagine!).  Still, in other parts of the South and the rest of America, Catholic cemeteries are available and they are ideal.  Burying the dead is a Christian duty and an act of charity, but more and more, it has also become a huge business.  Churchyards were places where Catholics could be buried no matter how poor they were, but now parishes are discouraged from even having a graveyard.

Today, we need to realize that we should ideally give our beloved dead the proper, devout, and reverent interment of the body with all the prayers that accompany that, if at all possible.  Giving our loved one a proper Catholic funeral is still a work of mercy.