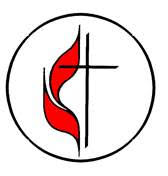 Historically speaking, the Methodists are a denomination of Protestants that emerged out of the Anglican denomination and whose founding is closely related to the founding of our state of Georgia.  In the early eighteenth century, students anxious to find a method in which to grow in holiness formed a club at the University of Oxford in England, and that movement came to be called Methodists.  The brothers Charles and John Wesley were part of this initiative.

John Wesley was an Anglican cleric who preached and served in colonial Georgia at the invitation of General James Edward Oglethorpe, and his brother Charles accompanied Oglethorpe as his personal secretary to found the new colony and the settlement of Savannah.  Charles Wesley would also go on to be ordained an Anglican clergyman and became famous for composing many great hymns still sung around the English speaking world (some of which are in our Catholic hymnals today).  While they founded the Methodist denomination, both John and Charles Wesley remained Anglicans.  John Wesley opposed American independence, but once independence was accomplished, his small denomination of Methodism began to grow through their legendary circuit riders who went out on horseback to reach folks spread out over the American rural frontier.  Methodism (at least here in America) reached its zenith in the 1960’s, but has been in decline in subsequent years.

Initially, the founding thoughts of Methodism were an attempt to re-enliven Protestantism through an evangelical movement.  John Wesley was uncomfortable with the Calvinistic notion of predestination, so he argued that it was important to preach the word so that everyone could become a committed Christian.  Wesley argued that salvation was not pre-determined or pre-ordained, but was an invitation to which we, as Christians, must respond.  A personal relationship with Jesus Christ was important to Wesley, who preached to large crowds, often gathered outside.  Keep in mind that this was a reform movement within Protestantism.  As one of the founders of the Protestant evangelical movement, Wesley also appointed itinerant lay preachers as evangelists, and so he moved many towards what we call today Pentecostalism.

Generally speaking, Methodism was initially more practical than it was dogmatic, in that it was initially about personal conversion.  There nevertheless are Twenty-Five Articles that were prepared by John Wesley that can help us know what Methodists believe.  These Twenty-Five Articles demonstrate important differences with Catholic doctrine.  Here we read that the so-called “Romish” ideas of praying for the dead, venerating relics or holy pictures, invoking the prayers of the saints, the use of Latin, and our teaching on Transubstantiation and Eucharistic adoration, are rejected by Methodists as “repugnant.”  The Methodists Articles declared only two real sacraments (baptism and the Lord’s Supper) and they rejected by name the other five as all but corrupt.  Still, Methodism has evolved over their near three centuries of history.  For example, the Methodists were a huge part of the temperance movement in the nineteenth and twentieth centuries, seeing alcohol and drunkenness as injurious to their doctrine of sanctification and holiness.  Now, the use of alcohol is a personal choice for Methodists.  Modern Methodists are subdivided by many degrees, so one cannot say that all these sub-denominations are exactly the same in thought.  And while the United Methodists have a Book of Discipline, not every cleric abides by it.  For example, their doctrine rejects homosexuality as sinful, but some of their clergy nevertheless perform same-sex “weddings.”

Methodist worship can be high or low, depending upon the individual congregation or community.  Their liturgy is based largely on a Sunday Service book that John Wesley adapted from the Anglican Book of Common Prayer in 1784.  The Methodists use the Protestant Revised Common Lectionary that is based on the Catholic Lectionary of 1969, so most Sundays their readings are the same as our readings.  Their music comes primarily from The United Methodist Hymnal, which is among the best of all Protestant hymnals.  Many new Methodists today are ex-Catholics who have divorced and remarried without benefit of annulments, and through their influence, many Catholic traditions are being more and more imported into the evolving Methodist tradition.

When we talk about our Catholic Faith to our Methodist friends, we should not presume they all know the history of their own Protestant denomination, nor the history of the Anglican denomination from which they are derived.  It may help to learn about their beliefs, but it would be far better to get to know them personally, because they can be wonderful folks.  Keep in mind as you speak to them that their ancestors were Catholics for generations, and that those same ancestors are probably praying for them right now in heaven.  Also keep in mind our shared Faith in Christ and the shared relationship we have with them as baptized Christians.  It might be helpful to introduce our Methodist friends to St. Gregory the Great, who sent the Roman Missionary, St. Augustine of Canterbury, to preach the Gospels to the Anglo-Saxon people in the year 597.  The St. Augustine Gospels that he took with him to Kent is one of the oldest books in Europe, and the oldest surviving Latin illustrated manuscript of the Gospels.  This book is preserved today at Cambridge.