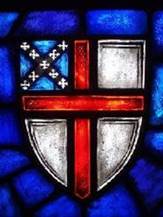 Anglicanism, or the Church of England, was birthed in the perfect storm of doctrinal and political forces in the 16th century that led to the destruction of the Catholic Church in England.  Over a thousand glorious years of Catholic culture came to a dramatic and violent end.

Henry VIII was the second son of Henry VII, and as such, he was reared for Church leadership while his elder brother was groomed to be king.  But his elder brother died, so Henry VIII became king and took his widowed sister-in-law, Catherine of Aragon, as his wife.  However, they failed to beget a male heir, which Henry deemed critically important to secure a Tudor dynasty.  In our times, we know that the sex of a child is determined by the father, but Henry did not know this and blamed Catherine.  At the same time, Anne Boleyn had caught his wandering eye.  Henry wanted to marry Anne (she did not want to be another mistress in a long line of mistresses and let Henry know it) and Henry wanted a son, so his solution to the problem was to request an annulment of his marriage to Catherine.  However, the Pope would not grant the annulment.  Outraged that he did not get his way (along with the fact that Anne was pregnant and he desperately needed to marry her), Henry declared himself the head and ultimate authority of the “Catholic” Church in England, married Anne, and had his marriage to Catherine annulled.

This break with Rome led to centuries of persecution of Catholics in England, Scotland, Wales, and Ireland resulting in hundreds of executions (including St. John Fisher and St. Thomas More), the dissolution of the monasteries and abbeys, the desecration of the tombs and shrines of ancient saints and kings (including Our Lady at Walsingham and St. Thomas Beckett’s shrine), the burning of books in the great libraries, and the destruction of churches, statues, altars, stained glass windows, and anything that smacked of “popery.”  Instead of being part of the universal Church, the Anglicans became provincial, tied to one country’s dominion.  And it was all for naught, for Henry never did have a surviving son to continue the Tudor line, despite having six wives.

The tragic thing is that Henry was never so much a Protestant as someone who wanted his own way.  His councilors though, especially Thomas Cromwell, were committed Protestants.  Cromwell took the opportunity to do everything he could to Protestantize the realm.  He was mostly successful, but he, too, lost favor with the King and was executed in 1540.  King Henry died in 1547, but the persecution of Catholics continued, with intervals of respite here and there, until the Catholic emancipation in the early 19th century.

In our own country, Episcopalians emerged out of the Anglican Church after the American Revolution, as having a nationalized English church under the British monarch was no longer an option for American Anglicans (they still preserved a communion of sorts with the Archbishop of Canterbury).  In the thirteen original English colonies (of which Georgia was one), all of them had laws restricting Catholics, from those colonies which denied the right of Catholics to live there at all, to those allowing them to live in the colony but with no access to higher education or to participation in governance.  Where allowed to live, the Catholics were often the working class, kept poor by the established Anglican authority.  Consequently, Episcopalians in our nation and state can be from some of the wealthier, older families.  With the American Revolution and the adoption of the Constitution of the United States, Catholics were finally guaranteed a place in this newly formed country.

The Anglican Book of Common Prayer, the King James Bible (authorized by James I), a rich tradition of hymnody, and the English cultural sensibility remain the pillars of what is now called the Anglican Communion, of which American Episcopalians are a part.  Their Book of Common Prayer and its 39 Articles are essential to the Anglicans in their own self-definition.  In the articles, the Anglicans assert that the great historic churches (including Rome) have all erred.  They reject the notion of praying for the dead, of honoring sacred images as “Romish” and “vainly invented” and “repugnant.”  They propose only two sacraments instituted by Christ (Baptism and what they call the “Lord’s Supper”), the others being sacraments in some lesser degree.  They reject the Catholic teaching of Transubstantiation by name, and insist that nothing left over from their Communion rite should be reserved or carried about or lifted up.

Because there is no official teaching office of the Anglican Communion, there is no ultimate authority to decide what to do when confronted with ancient doctrinal issues like the number of sacraments, or modern controversies like gay “marriage.”  Over the years, there have been attempts to move the Church of England back toward Rome and then to move it away from Rome.  The Oxford Movement of the 19th century was in part a revival of Patristics and became a home for those in the Anglican Communion who wanted a more “Catholic” sense of their faith in doctrine and liturgy.  On the other hand, John Shelby Spong, who publicly doubted the Virgin birth and Christ’s Resurrection, served with honor as the Bishop of Newark at the end of the 20th century.

The result of this confusion is that the Anglican Communion looks like a hierarchical church with orders, but is in practice a congregational institution.  Proudly non-doctrinal, proudly inclusive, the Episcopalians of the United States are strongly opposed by the more Biblical and orthodox Anglicans of Africa.

When we Catholics converse with Anglicans today, we might point to our shared history of ancient kings, forgotten saints, and ruined abbeys.  We can remind our Anglican friends that it was Rome who sent missionaries in A.D. 597 to convert their then pagan Anglo-Saxon ancestors, and that unity with Rome doesn’t have to make them less English, or less American, because our Anglo-Saxon ancestors were mightily Catholic for a thousand years.