To Live for Christ in our Times 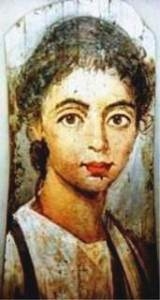 In the earliest generations of Catholicism, the Church held up and lionized the widow, the orphan, and the consecrated virgin.  In so many ways this was radically contrary to what was happening in the broader society.  A widow was a nobody, bereft of status and fortune, and many times, all but homeless.  An orphan was (again) a nobody.  Orphans made easy slaves, but when all power and wealth was based on a father, being an orphan meant you had virtually no rights whatsoever.  Likewise, that the Church not only accepted, but protected those who chose virginity was also countercultural.  Young women had no freedom of self-determination, and they had no worth outside their father’s or husband’s life, and yet here were women who stood so radically opposed to the status quo, and the Church applauded them.

Today, however, perhaps we need some other distinctions.  For one, there are those single unwed folks.  Sometimes it is said that a single person has no vocation because it is presumed that a single person is some swinging bachelor or modern Cosmo gal for whom sex outside of marriage is just a given.  In that case, we could say, “Yes, that is definitely not a life Christ calls us to.”

But in reality there are also, living among us, virgins or chaste people who have never married, sometimes because they were too virtuous to “date” given the expectations in the aftermath of the sexual revolution.  These are people who are struggling to live a life of holiness in a single state and who have striven for years to live a chaste life.  They took seriously what the sisters told them years ago, “Death, but not sin.”  If they have remained virgins because of their Catholic Faith, if they are living a chaste life in a world that has become so indifferent to premarital sex or just about any form of sex outside of marriage, then we should not dismiss them as having no vocation.  Their whole lives have been a witness to their faith, and given the sometimes shocking state of religious life in recent decades, perhaps becoming a nun or brother just had little to no appeal.  And maybe they wanted to get married, but they could not find a suitable and faithful spouse in our world of office affairs, divorcees, and epidemic rates of STDs.  Considering how debase our society has become, these chaste men and women who live out the single life among us are pretty heroic in their way of life, if you ask me.

But alas, there is also another category that we may need to acknowledge these days.  And that is the Abandoned.  In many ways, these men and women who have been left by their spouses to care for their children alone are also heroic examples of people living in a world of selfishness.  They seem to stoically persevere, but there is no doubt that they feel a sense of abandonment.  Here we shouldn’t just include any divorced person.  No.  These “abandoned” are the people who wanted to be married, and who made sure they got married in the Church.  They strove to do the right thing.  They took their children to Church every Sunday.  They were tireless in living a moral, married life, but then, somehow, they woke up one morning and their spouse was gone.  No fault divorce and boom – it is as if the marriage never really happened (at least for the person who leaves).  This abandonment is everywhere and our whole society is reeling from the consequences.

We may all know priests who have left the priesthood, and when they do, it takes the wind out of us.  It is like being sucker punched.  When they leave, we are often genuinely surprised and left feeling loss far beyond just their physical absence.  Similarly, all too many families have experienced the reality of abandonment in recent decades.  A spouse or parent simply walks away from their responsibilities to their family, leaving behind fear and frustration, and abandoning their responsible spouses to suffer heroically to do twice the work.  Certainly, their children’s world is shaken to its core when this happens, and the consequences can be long felt even for generations.  It can leave us in a grief that is like the grief of mourning the dead, but mixed with a righteous anger that is only possible to have for those we love deeply.  Certainly this abandonment can crush the respect we had for the person who left us.  We begin to question the sincerity of all the good emotions we ever had about this person.  Was any of it real?  Did this person who left us mean any of it in the past?

While the same might be said of a priest leaving the priesthood, the prophet Malachi (in the second chapter of his book) addresses specifically the situation of divorce as the breaking of a covenant.  It links being unfaithful as something that profanes the covenant we have with God.  Malachi sees a wife as a partner to her husband, and he chides the man who is unfaithful to the wife of his youth.  The prophet Malachi says that the man who hates and divorces his wife does violence to the one he should be protecting and that this wearies the Lord.

Let us be clear.  We know relationships are hard work.  We know that no marriage is perfect.  We understand that people can have personality conflicts that take time to heal.  But it is one thing to need time away, or even to stoically live through a period of estrangement, but to walk away from our responsibilities to our Lord, our Church, our family, our spouses, our children (or even our parish) can seriously demoralize the ones we abandon.  And make no mistake.  This is a serious sin.  In the fifth chapter of the First Letter to Timothy, Saint Paul writes, “Anyone who does not provide for their relatives, and especially for their own household, has denied the faith and is worse than an unbeliever.”

But what else does our Bible say about abandonment?  How might our scriptures help us to process some of the feelings we have when we experience the abandonment of those we have heretofore counted on?  Well, one place to look is the fourth and fifth chapters of Ephesians, where the Apostle Paul broaches the subject.  Here he famously compares the love that Christian husbands should have towards their spouses as like that of the love that Christ bears His Church.  We should read this passage with fear and trembling, because the love our Lord has for the Church is a perfect, self-sacrificing love that allows us to abandon Him (on the Cross) all the while He will not abandon us in death.  Thus, the agony in the garden is His prayer of acceptance of our abandonment, and some of His last words express this feeling of abandonment.

And so, given the sad state of our society, we need new categories in some ways.  We need to acknowledge that while a single person might not be a monk, a nun, or a consecrated virgin, he or she is in a state of life that, in many ways, they have been called to live out as a witness in our society that sees human sexuality as cheap and meaningless.  We need to acknowledge that the responsible parents – those who did not walk away from the covenant they made before God in the marriage vows – may not be perfect.  No doubt they may have contributed to the collapse of their marriage on some level.  But they stayed the course.  They wanted their marriages to survive.  And on some level, they are akin to widows of old, and their faithfulness to the Catholic Church, with our strict teachings on divorce and remarriage, should not be dismissed as unimportant or even inefficacious.  There is heroic suffering in that too, friends.