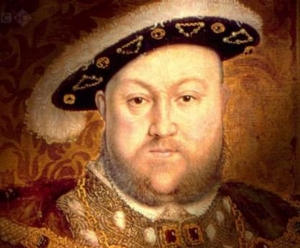 When we don’t want to stop sinning, we can become a bit paranoid and more than a bit sensitive.  That is because we don’t want to be reminded of our sin, and we can go to some rather extraordinary lengths to deny them.  What steps might we take, then, to rationalize our sin?  Well, we usually start by denying that we have sinned, but ultimately end by denying that what we are doing really is sinful at all.  How does this work?  Well, once we can no longer deny our guilt, then we can start by making light of our sins, so they seem harmless.  Next, we might try to deflect from our sins by pointing out the hypocrisy of others.  But really the sins of others give us some cover, because now we can offer the excuse that everybody is doing it.  Let’s form a club.  Maybe we can hire lobbyists.

Of course, we could always start by glamorizing our sins and associate them with being stylish.  We need media forms of popular culture here – actors (who have always been notoriously immoral) can become our new icons!  Music and poetry can also be tools we use in making our sins palatable to the next generation (who cares about the old folks?)!

Next, if our sins really end up becoming fashionable, we can declare those who disagree with us to be uncouth backwoodsmen.  At this point, we might also mainstream our sins and wrap them in a veneer of buttoned-down respectability.  We are now the normal ones!  The trendsetters have become the establishment!  Soon we can declare anyone who disagrees with us to be hateful or bigoted.  Then we take up the mantel of intellectual superiority.  After all, we are the urbane, sophisticated, and broad-minded ones.  Imagine that!  When we started, we were looking for tolerance or acceptance, but now we will stop at nothing shy of complete and full endorsement by all!  And if all else fails, we can play the victim-hero who changed the world for our fellow sinners!  We could have a parade.  They might throw us a party and give us awards.  Maybe someone will make a movie of our lives.

Now, again, the best way to work this is to start out by saying we can’t help ourselves.  We might insist that we are powerless to change (which might seem true to even us in the moment).  Practice saying it — “I can’t help myself!”  Then, we might declare that we were created this way, or that God somehow has ordained it thus, because we know what God wants.  Okay, so now practice saying this — “I am just being true to myself!”  By the way, even if we don’t believe in God, we can still use Him or even blame Him in our work to reach our goal.

Of course, we might insist that everyone (especially us) deserves to be happy.  That way, any talk of sin we might overhear can now become an infringement upon our rights.  And given enough time, we will likely be able to just declare to all the world that what we once claimed to be a compulsion has now become our choice!  What once we were powerless to avoid, now we can demonstrate we are powerful enough to embrace and even celebrate.  Any old notions of sin can now be dismissed as anti-progressive or anti-modern or maybe even anti-democratic.  Now we aren’t shameful sinners, but we have become brave advocates.  Now we are all about our rights to choose!  We are pro-choice, and these choices are now our lifestyles!

But inevitably, there are still those annoying reminders of our guilt.  Maybe it is history or literature or philosophy, in which case, we’ll need to take charge of the universities and burn some books.  Maybe it is science or the medical industry, in which case, we’ll need to recast them with a different worldview.  Of course, we MUST legitimize our sins.  That almost goes without saying.  We must ignore ancient precedent and deny natural law, so we can make the laws to our own liking.  The state and national laws simply must be changed, and if we can’t change these through legislation, then we should start by changing them through lawyers and judges.  The military and all childhood education and formation will obviously all need to be reformed.  We’ll have to influence the language, too, if we’re going to be able to make bad good and good bad.

Now, we’ll need to convince at least some religious leaders to our cause, which won’t be hard, for we can appeal to their vanity.  After all, they like to be liked.  We can also play upon their sympathies and turn that to support.  Pouting sometimes works great at burning through logic.  At the core of the priest or monk or nun is a fellow sinner.  Let’s exploit that, and then, maybe when they least expect it, we could expose them as hypocrites.   Now with their help, of course, we might have to “retranslate” their holy books to reflect our more enlightened and modern views, and recast their holy days so that their old memories can fade over time.  Anyone in the past whose virtues threaten our new view must be forgotten or discredited in some way.  Those old papist notions can be dismissed as foreign thought imposed upon us from the outside.  They aren’t like us.  We are better than they are!  Those old covenants must be denied.

We could declare the old ways of worship to be superstitious and advocate that they should get with the times and become more secular.  The idea is to convince these religious leaders to look more towards some imagined future and to put their hopes in politics.  In this way, we minimize the influence of their old religion, which must be progressively marginalized, just as its leaders must be relegated to mere ceremonial tasks where they can do little to no harm.  First, we must honor them with pomp, and then we can critique them for being so shallow.  Above all, all the prophets must be silenced.  We want only silly sycophants and fellow rebels in our pulpits.  And of course, once these religious leaders are fully compromised, they will soon become totally irrelevant.  Then, we can successfully use mockery to reduce their influence further in hopes that they will ultimately disappear like the dinosaurs.

Regarding transcendental questions about Truth and God, we can try, for a while, to co-opt these ideas, and seek to control them, but really, these topics should be avoided at all possible cost.  Partying, drugs, and booze can help to quiet the conscience if one needs that sort of thing.  Of course, we should have long ago stopped going to confession and Mass, but the further we run away from that sort of thing, the better.  Let’s look for any and all excuses to convince ourselves we’re heroically indifferent to the Church.  Indeed, let’s demonize the Church.  They don’t deserve us!  They are corrupt, not us!  Let’s outlaw Christmas trees and Hot Cross buns while we’re at it.

Certainly, if we can convince ourselves that the everyday world is the real world, and that only what we can see and touch now is real, then we are approaching our goal.  If we can ultimately convince ourselves that nothing is so real as our subjective feelings, then we are free at last from the shackles of any unseen objective reality.  Now our own wills can become our divine masters.  God is dead to us!  We don’t need your bourgeois taboos!  Now we can justify anything!  We are free!  Nothing can stop us now!  The future is ours!  We might have believed in Truth and God long ago, but now we’re grown up, and now we feel indifferent to those old fables.  The only thing that matters is our happiness.

Finally, we MUST ignore all consequences.  If our “sin” breaks up our families, weakens our communities, endangers our governments, or destabilizes the foundations of our society, we must refuse to care, because the most important thing is our happiness!  If we demoralize our national institutions, if we scandalize and confuse the youth, if we bankrupt our future, if we undermine the value of human life, if we have to redefine half the words in the dictionary, and if our selfishness means others must die, none of that matters!  If the guilds have to end, if the sodalities must die, and if all the abbeys in the realm must be ruined, that’s okay.  If we need to set up gas chambers, we will.  If our “being true to ourselves” means nothing is sacred, and all vows can be broken, then so be it.  If we have to lie, and lie, and lie again, there is no consequence, because believe it or not, it gets easier with time, and after a while even we start to believe it.  As long as we are happy, then that is all that matters.

And whatever we do, we must never, ever, ever admit to ourselves that after all of this, that we know better or that we still feel even a twinge of guilt – because guilt is evil.  If you have it, you can try to redirect an exaggerated rage towards things you have no control over, like the weather or the plight of pandas.  But if possible, just get rid of it all together.  Guilt belongs to our old selves.  Guilt must be denied.  Guilt has no place in our new world.  Guilt must be ignored.  Guilt must be rooted out!  Anything that reminds us of our guilt must disappear.

Or we could just repent, and believe in the Gospel.