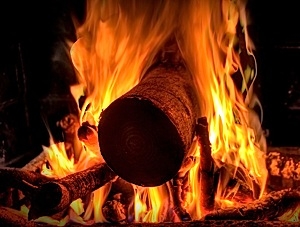 Yuletide is a word that we associate with the season of Christmas (or Christmastide).  The season begins with the Christ-Mass which celebrates the nativity of our Lord, and it continues officially until we celebrate the Baptism of the Lord.  It can even be carried over to the celebration of the Presentation of the Lord or Candlemas, meaning it could take in all of January.  Oft times, our Protestant neighbors put up their Christmas trees on Thanksgiving and take them down Christmas day, but we Catholics should probably show some restraint against this pressure to prematurely put up our Christmas trees.  We should let Advent be Advent, and then enjoy, and even savor, the season of Christmas.

As Catholics, we should appreciate that we know more about Christmas than our Protestant neighbors.  First of all, the word “Christmas” contains within it the word “Mass.”  This point was not missed by some 17th century Protestants who tried for decades to cancel Christmas.  They pointed out that Christmas was not in the Bible, so they thought it was too Catholic.  Think about Charles Dickens.  In his story, A Christmas Carol, the main character, Ebenezer Scrooge, just dismisses the idea of Christmas with his characteristic “bah humbug.”  Humbug means a deception or something false.

For Catholics, Christmas Eve/Day is a Holy Day of Obligation, so we wouldn’t dream of not going to Mass on this date.  Moreover, for us, Christmas is a season, not just a day to overload on presents and pie.  In our parishes, the liturgical color switches to gold or white for this season, and six candles on the altar demonstrate the extra solemnity of these weeks.  Where we stopped singing the Gloria during Advent, we now sing that angelic hymn with great gusto.  For this brief season, our Mass setting here at OLM switches to the joyful Missa de Angelis (Mass of the Angels).  These signs mark the season in the Church, but what about in our homes?  How can we better win back the season from the hype of materialism?

Well, for one, we shouldn’t decorate too early nor take the decorations down too soon.  Another thing is that we might have family gatherings during the season of Christmas and not try to squeeze everything into one day.  For example, what is wrong with large families coming together on the Sunday after Christmas?  Keep in mind that the carol, The Twelve Days of Christmas, reflects the notion of spreading out the merriment and even the gift-giving so that it grows increasingly towards Epiphany’s Eve (the twelfth day).  Certainly Epiphany is a reminder of the first Christmas gifts given by the Magi.  Perhaps singing carols and reading appropriate scripture together as a family might also help us not lose sight of the season of Yuletide.  In whatever way we do it, let us together work to reclaim our season, our festive season that celebrates with great joy the miracle of the Incarnation of Christ Jesus our Lord, Immanuel, God made man.