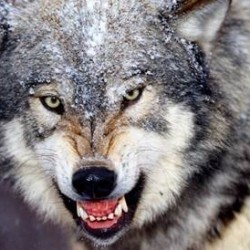 In the most simplistic terms, morality is doing what is good and avoiding what is evil.  It is acting in accordance with our consciences, informed by the Commandments and God’s law, and following Christ.  It requires distinguishing between right and wrong.  Concretely, it involves taking unchanging principles and using those to weigh and ponder our options, so that we can make the most ethical or just decisions or choices.  When most of the people in a society are Christians, then the sublime teachings of our Master and Lord, Jesus Christ, inform that society and can make it more just (though even here, individuals and groups can, and often will, choose badly).  When most people in a society are pagans or non-Christian, the foundations of any shared public ethos becomes less secure, and we lack the notion of agreed upon unchanging principles.  This “more pluralistic society” (as it is called) makes public ethics even harder to agree upon.

In past generations, a notion of natural law was also in the hearts of our American ancestors.  Our ancestors might not have all agreed upon which specific form of Christianity was best, but they could still more or less agree upon certain basic principles, and that nature itself dictated certain truths.  This idea is called natural law and it evolved out of reason and the belief that the world has a certain logic built into it, which is like a code in creation that reveals the will of the Creator.  These folks saw natural law as discernable and understood that it could be discovered.  But when their descendants no longer believe in a creator, nature will no longer be seen as revelatory of God’s providence.  Humanity suddenly feels overburdened with a responsibility to rule or save nature, because there is no God to control it.  Thus, by refusing to admit in the existence of God, they cannot admit divine rules, either revealed in the teachings of the Bible nor in the evidence of nature.  Metaphysics and universal forms of truth are unknowable to this godless generation.  Now, rules are simply what they decide they will be.

This is where our nation is today.  Our courts feel compelled to routinely remove any reference to the Ten Commandments from our public forums, and to strip any notion of our Judeo-Christian culture from our education.  In that void, our society is left to try to concoct some kind of new morality mostly based on passions and emotions.  Consequently, the principle that seems most important to us today is the rallying call of “choice” or “freedom” which more and more is interpreted essentially as, “I can do whatever the @#$% I want to do.”  In other words, if it can be done, then we should be free to do it.

This dramatic shift has left us in a moral quandary and our world will likely stew in this quandary for a long, long time.  In addition, by rejecting God and logic, this new morality has also prescribed for “the herd” a calculated and systematic cultural amnesia.  Because they insist there is no God, and insist there is no sin and we should feel no guilt for doing anything we want, and insist abortion isn’t wrong at all, but eating meat is terribly wrong, etc., they simply can’t rely upon the cultural heritage of our ancestors because frankly, they don’t understand the heritage of our ancestors.  Our ancestors clearly had a very different shared sense of right and wrong.  We can point to their past sins easily enough – slavery, racism, etc. – but we are utterly unable to see our own sins as sins at all.  Our present society can have absolute moral outrage about things that would just seem silly to our ancestors or to a serious Catholic, but that same society cannot, for the life of them, understand the things that seem so obvious to our ancestors or to a faithful Catholic.  Consequently, classical literature and history are now foreign to them, and their culture necessarily has to become a pop-culture, rootless and contemporary.  In such a world, classic books and music and art seem offensive.  These are a people who live on social media, and social media will happily silence/censor a Catholic voice and cull that voice from the crowd.  But rest assured, once a people toss out the Ten Commandments, they will next pitch the Magna Carta, and soon thereafter, the Constitution itself.

We might call this new wave of rootless folks by the name of the “Alpha Generation.”  They are Alpha in three ways.  First, they imagine they are starting over from scratch and in a “new” way.  They really aren’t new, but they think they are new.  There may be something newish about their approach this time around, but it is the same poison with a different flavor.  We have had these people around for centuries and they keep trying to re-found western culture on something other than the Gospel.  This invariably leads to some crisis and they ultimately fail, but because we human beings never learn and we always think we’re special and different, well, here we go again — abandoning God, abandoning Covenants.  What have we learned in 4000 years?  Evidently, not much.

Second, an Alpha of any group is the bully or boss, and when right and wrong are no longer agreed upon, then it is the bully who can reset the rules in the pack – every day if necessary.  The Alpha wolf of the pack makes the rules, plain and simple.  Consequently, these folks are much less encumbered by any sense of ancient laws or precedents in the past.  They fear no trespass.  They fear no god.  Their will is to change things, and by the force of their wills, they believe a new reality will come about.  If the old system was merely a construction, then they can deconstruct and reconstruct with language and law.

And finally, because Christ called himself the Alpha and Omega, this generation with their new morality rejects the authority of Christ.  They have abandoned Christian morality and are creating an Alpha Morality for their post-Christian world.

Now, if their ancestors were once disciples of Jesus Christ, then this Alpha Generation might be described as disciples of the philosopher, Friedrich Nietzsche.  Whether or not they have read Nietzsche, they nevertheless follow him.  Nietzsche saw Christians as haters with enslaved minds based on tiresome notions of good and evil.  For Nietzsche, Christianity was for the sick or for children, and he insisted it would all be proven false, so he argued it was good to reject Christ the Master, to become an anti-Christ, to stop looking for objective truth, and to move beyond notions of Christian morality.  Following Nietzsche, the advocates for this new Alpha morality will often see themselves as superior to ordinary people, whose will (or even whose votes) they dismiss as inconsequential.  These alphas will create new “values” in the void of their declared godlessness, and there can be no grounds upon which to criticize their actions or to justify them, because they are creating them void of precedence and without regard to any received “truth.”

Now, as faithful Catholics, we can see that this is hubris and vanity, but once you have a generation of people thinking this way, how does one reason with a mob convinced of its own collective genius?  Mobs have a will of their own and where they stop is anyone’s guess.  So, what will be left standing once that mob storms the city and goosesteps across every once agreed upon border in the world?  It is a daunting task to stand in the face of a mob, but it seems this will be, once again, our task as faithful Catholics.

In such a world, it is hard to know where to start.  Does one start with creation or revelation?  St. John Paul II started with humanity, which was starting with creation.  It was hard to argue with John Paul II, who knew all too well the writings of Nietzsche.  John Paul II was a philosopher and he had personally lived under both the Nazis and the Communists.  He understood what anti-Christian societies turned into.  John Paul II loved humanity, and he gave the world beautiful, logical, and consistent teachings on morality (though, evidently, some cardinals and bishops are all too willing to abandon that wisdom today).  Pope Benedict seemed to couch everything more in revelation.  His love of the pedagogy of the liturgy and his defense of Catholic doctrine meant that he almost always started with Christ, which was a good approach, too.  Now Pope Francis seems to be starting his conversation with the modern world with (again) the notion of creation, and perhaps his intuition is correct here.  Only time will tell.  But these approaches only demonstrate our dilemma to some extent.  How do we best engage a post-Christian world when so many of the so-called Christians are essentially disinterested, un-churched, or even apostates who may never read a book?

Another problem with Alpha morality is that it is essentially driven by propaganda and the notion of re-education.  This is why public education is essential in their task.  But be forewarned, with a new Alpha, everything can change again, and by then, there will be no recourse to reason or God, because Alpha morality is based on the urge of whatever tyrant or mob seems dominant at the time.

America has never been, nor will it ever be a perfect nation with perfectly just laws, but we should also clearly admit that something is different today.  Laws of society that once were issued to try to protect the morals of basic Judeo-Christian folks have now more and more morphed into laws to protect the amoral among us.  This shift is one that we are still struggling with, and it confuses people who far too often associate “legal” with “moral.”  Ideally, yes, laws should be moral, but we can find plenty of present and past laws in this country and others that are and were terribly immoral.

One thing is clear.  We, as the Church, are going to have to get better in responding to this confusing age.  We are reasonably good at protecting the institutions within the Church, but we are not so good at protecting the flock of the Church, that is, the souls of the faithful.  So the bishops and the religious organizations may hire lawyers and lobbyists to help them exempt themselves from inimical or immoral laws, but then the faithful are too often left in the cold, adrift in moral relativism, with no recourse except to assimilate like beta drones into the collective pack.  What good is it if priests can speak the truth from their parish pulpits if our people cannot speak truth without losing their jobs, without protection under the law?  Good shepherds should not protect themselves and then leave the sheep to the wolves.  What good will the institutions of the Church do us if there are no Christians to enjoy them?  These and other consequences of this Alpha morality are daunting to contemplate.  The solutions will take saints to speak truth in our times.  Let us, at least, see all of this for what it is:  Alpha morality is not morality at all, but just the will of the pack.  Until leadership emerges, let us pray and fast.