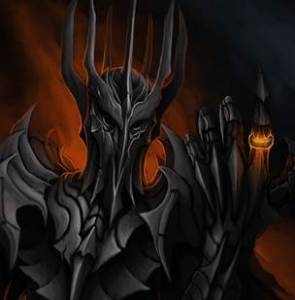 J.R.R. Tolkien once said that for Catholics, history is one long defeat containing within it glimpses of the final victory of Christ.  That theme can certainly be seen in his fictional mythology of Middle Earth, where it always seems like the forces of darkness have the upper hand.  But in the end, hope survives despite the encroaching shadows that have been pushed back only momentarily.  The same theme can sum up for us the history of the Old Testament, where failure after defeat after fall nevertheless cannot kill the promise of a future Messiah.  Defeat happens again and again, but we cannot give into the darkness.  We must struggle, because, as Pope Emeritus Benedict XVI recently said, “When there is no struggle, there is no Christendom.”

Today, when we as Catholics turn on the news, we see the encroaching darkness all too well.  It comes from every corner, and manipulates the hearts of men to divide us, and distract us as it rages against the light of Christ in the halls of government and in the battlefields of the globe.  Men seek power, always thinking that the ends justify the means, presuming that once those ends are obtained, we will be just, virtuous and godly, and finally all will be well.  But alas, all Camelots eventually fall, and usually they fall from within, and we count ourselves most fortunate if we have even enjoyed them but for one, brief, shining moment.

Most of the time, Camelot is just a dream.  Today, our society is hell-bent on death.  We choose it at every turn.  We celebrate it.  We are so very engulfed in the present darkness.  And while we human beings are more than capable of ruining our world all by ourselves, that fact is not to deny the reality of supernatural forces at play.  The devil often plays off our pride and turns us against reason by poisoning our minds with lies.  We so willingly walk into traps as we chase after the golden rings he tosses our way.  We envy the false promises that he uses to enslave us.  He plays us off each other, and thus do we estrange ourselves from one another, and make enemies among ourselves, and in our pettiness fail to see the common enemy, and the stealth armies of darkness that seek to annihilate humanity all together.

As we ponder the future struggles we have before us as Catholics, the grave dangers we face, as our own western governments become more and more inimical to Christ just as other forces beyond boldly declare their intention to wipe out all of what is left of our Christian civilization, we would be wise in discerning our own intentions, and how we are individually and collectively compromised by human sin.  How is the enemy of humanity using us in his strategies?  How does he distract us by our desires of revenge?  How does he divide us and weaken our resolve to fight back?  How does he convince us to not bother taking a stand, but just let the darkness overcome everything?

Let us look into this long, sad defeat, and recognize it for what it is, but let us also never cower from taking a stand so as to struggle against the darkness in our own hearts, but also in the world.  That is, after all, the role of the saint, to give witness to Christ in the face of defeat, and that is why we can see victory in the eyes of the martyr who rises up before the lions as they rip the life from him.

But will we, the sons and daughters of God the Father, take a stand, and struggle against the darkness, and in the small victories that may come our way, will we hold out hope for the final and glorious victory of our Lord?